Blog - Latest News
You are here: Home / General / What keeps your clients awake at night?

If you had to write down the top 3 things that keep your client awake at night could you do it?  Before you read further write them down …

If you were able to do it, then question yourself whether you have tested your view, and if you couldn’t then you are not alone.

In a recent meeting with a FTSE CEO we asked what were the big decisions that he had to make this coming year.  In his mind, there were only two, and they could be articulated in an elevator pitch.  That’s not to say that these were the only vexing decisions that he and his board would make this year, but the two were the ones that were fundamental to the future success of the organisation.

Nothing we were told was confidential or secret, but by asking the question, we were able to get an insight that is immensely valuable. An insight that not many people, probably including most of the organisation’s employees, would have access to.

So why is this insight so valuable?  In short, as a professional services adviser, it gives us contextual insight which will, if we use it well, allow us to provide more ‘commercial’ advice.  For example, if we were advising on the structure of a new business venture for the client, then we may be able to use this insight in recommending which solutions would support and hinder the strategy.

The secondary value in the above example is that whilst you may have been able to identify the same issues from other publicly available material, having it from such a direct source adds credibility to the knowledge.

In addition to the direct benefit of allowing for more ‘commercial’ advice, there is also an indirect benefit. If we know the most important issues for our client and if we marry this with our ‘thirst for knowledge’ discussed in an earlier article [Do you have a thirst for knowledge?], then we can make connections between knowledge that we gain and our client’s needs, which may allow us to build the client relationship outside of specific engagements with relevant knowledge and discussions.

So when was the last time that you asked your client what keeps them up at night?

[Infographic] Top tips on how to be an active listener

2015: The year of the re-energised marketing function? 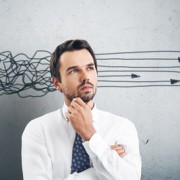 The power of alignment – how easy is it to use your advice? 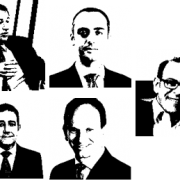 Want to join the discussion?
Feel free to contribute!

Do you have a thirst for knowledge?